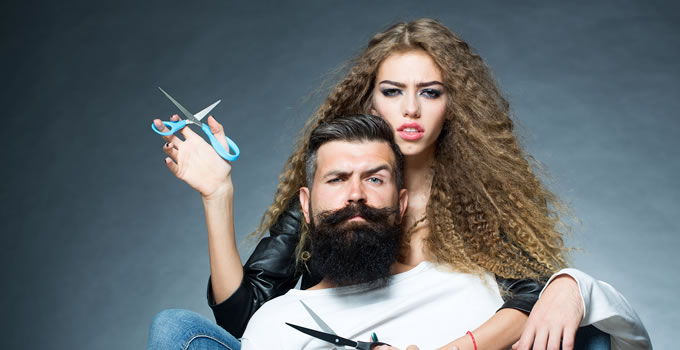 It’s a very common question asked by many men, do women like beards? This article will examine this topic in full detail.

Have you ever skipped a day or two of shaving because you were too busy, too rushed or too tired to shave, only to have your wife or girlfriend say to you, disdain in her voice, “You’re not growing a beard, are you?” Does she cringe as the calendar marches ever closer to “Movember?”

Anecdotal evidence suggests that many women say they prefer a clean-shaven man. Yet, there are millions of women happily enjoying life with a bearded man. So what’s the deal? Do women like beards?

Part of people’s attitudes toward beards is rooted in the history behind facial hair. So we’ll start with a little bit of Beard History 101 so you have an idea of why beards seem to wax and wane with the passage of time.

The History of Facial Hair

Although no one is 100 percent sure, it’s likely that early man didn’t concern himself much with grooming. Facial hair was normal, and probably necessary for warmth. Razors were still centuries away. Besides, early man was too preoccupied with hunting for food and warding off saber-tooth tigers to care much about their appearance and never worried about the question, do women like beards?

Beards During The Roman Empire 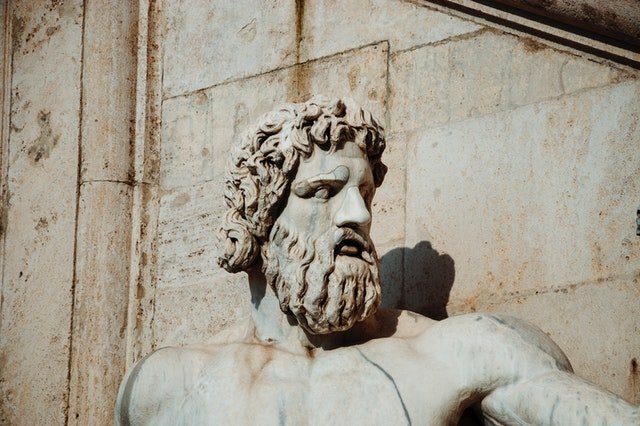 As man became more civilized, the wearing (or not wearing) of a beard became less about practicality and more about fashion. As with modern North American culture today, cultures like ancient Rome looked to its celebrities to set facial hair trends (though its celebrities were less movie star-ish and more political ruler-ish).

For many decades the Romans embraced the baby-face, until, it is said, a particular Roman emperor grew a full beard to cover up some battle scars. Suddenly, beards were “in,” and everyone who was anyone sported one.

The Middle Ages To Renaissance

Beards were also in fashion during the Middle Ages and a meticulously-groomed beard often signified that its wearer was of the upper class, nobility or a knight. Knights were especially fond of their facial hair, flaunting it as a symbol of manliness and fighting prowess.

However, clean-shaven faces were preferred during other time periods, like the Renaissance. Beards have even been used a means for government exploitation. King Henry VIII of England decided he could make money by taxing beards. Most men decided to simply avoid paying by shaving, ushering in a new clean-shaven fashion era.

Beards In the USA

Here in the USA, beard fashion has also changed with the times. You can check out the history of beards in the USA here.

The US was first settled by bearded men, (founded on a tradition of facial hair, you might say) but the trend eventually gave way to Puritanical non-bearded fashion. Beard-wearing reached new heights of popularity when Abraham Lincoln became the first bearded President.

Its fashionability declined again afterward, but it enjoyed a new revival in the 1960’s and 70’s, and again in the new millennium. 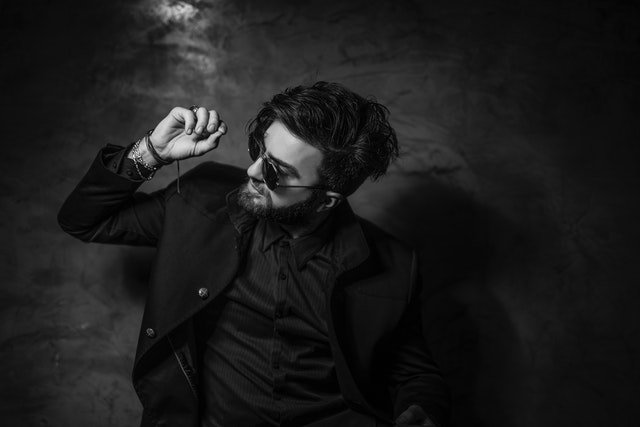 Current fashion has elevated the beard to an iconic status. It has spawned a brand new industry of manufacturers, retailers and service providers catering specifically to bearded men.

Some of these include beard grooming products, man-themed salons, grooming businesses, beard clubs, and competitions. There are even clothing and product lines designed to appeal to beard culture.

And the beard’s popularity just continues to rise.

The truth about what women really think about beards on guys is hard to nail down. Studies and surveys of women’s perceptions of beards on men, as well as a large amount of anecdotal evidence, suggests that the numbers of ladies who say they prefer bearded men and those who claim they want a clean-shaven guy are pretty much split down the middle.

For example, take a 2008 study conducted by Northumbria University of the UK. The results indicated that more than half of women they surveyed preferred men with light stubble over full-bearded and clean-shaven men. The same study also concluded that men with full beards appeared as more masculine, aggressive and socially mature.

However, those results were much different from a 2013 study (Dixson & Brooks) which found that a majority of women found light stubble the least attractive when compared to clean-shaven and full-bearded men. Interestingly, the study was in agreement with the 2008 study in showing that women perceive full-bearded men as more masculine.

Numerous other studies have asked women to view photos of men and rate the potential for a long-term relationship with each man pictured. Many of these studies used digitally-retouched photos showing the same man in with varied facial hair length. The women in a majority of these studies pointed to men with full beards as having the greatest potential for a long-term relationship. Men with light stubble or no facial hair at all were deemed to be the least likely candidates for anything more than a short-term relationship.

So What Does It All Mean?

So, it would appear that women may be a little ambiguous and even ambivalent when it comes to what they really think about men and beards. A significant number of surveys and anecdotal evidence indicate that women’s opinions about beards are split evenly. However, when pressed further under scientifically-sound conditions, more women gravitate toward the bearded man as being more desirable, attractive and masculine, and as having more potential as a mate.

What does this say to guys? If it’s an image of masculinity that you’re looking for, the full beard is definitely for you. Not only does it seem to attract more women, you’ll weed out the ones who aren’t really looking for a serious relationship. 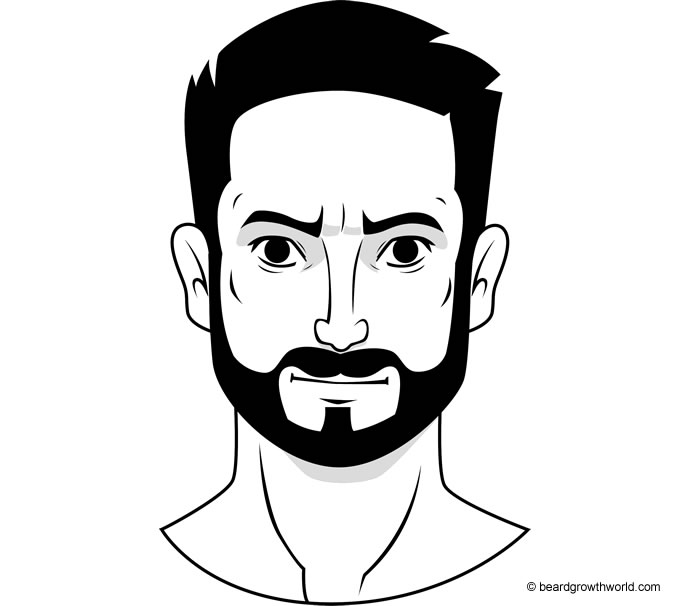 However, if it’s just a night of fun that you’re after, try the stubble look instead. 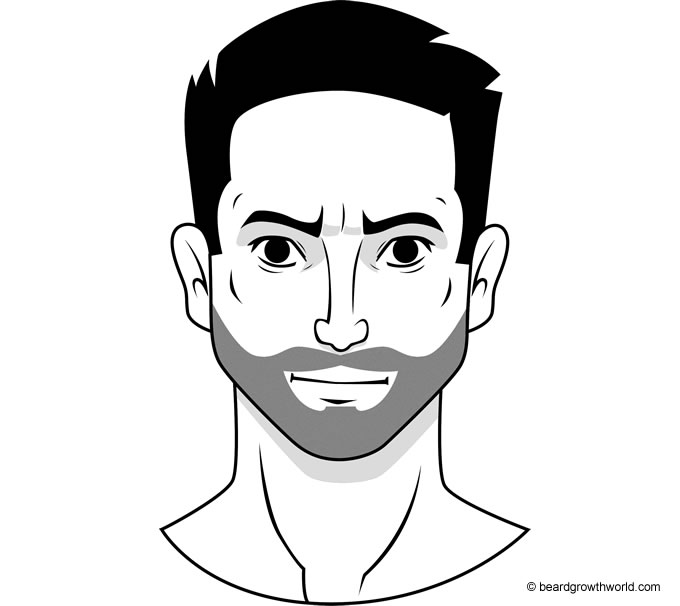 What Women Want in Beards

Ultimately, if you are going to wear a beard, there are a few things that definitely matter to females.

Women prefer beard styles of any length or style to be nicely trimmed. Unkempt beards make women think that you are crazy, mentally unstable, or just a total slob.

So, that doesn’t necessarily mean you have to keep it short. Even long beards can be attractive when they are regularly trimmed into a definable shape and style.

Regardless, flyaways and frizz are definitely not acceptable to the opposite sex. 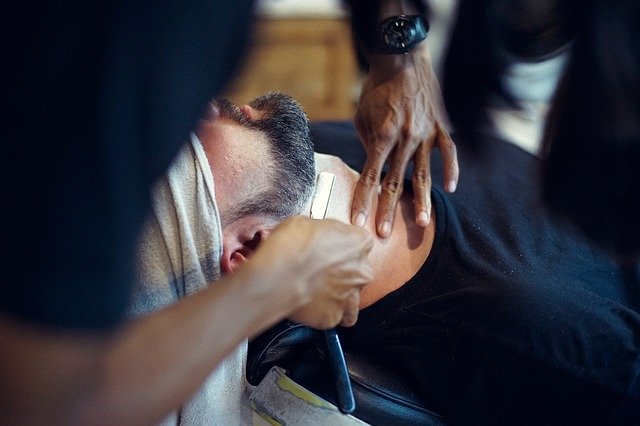 There is one thing that both the haters and the lovers overwhelmingly agree on: if you’re going to wear facial hair of any sort, keep it clean.

Few things will turn off a woman faster than a beard that looks dirty and greasy. Women put a lot of time into their grooming habits to be clean and smell nice for you. So, have a little respect for yourself and for them and make sure it is clean. She definitely will not want your face close to anything on her body if you have a dirty beard with food in it.

Washing your beard with a quality beard wash a few times per week will send the right signals.

3. Make Sure It Smells Good

What is worse than bad breath? You guessed it, a foul smelling beard.

Beard oils and beard balms not only condition your beard so it is healthy and attractive, but they also have some great scents in them. Most of these scents are tested so that they make you smell manly, but also so that females can’t keep their hands off of you. With a mixture of pheromones and essential oils, they definitely get the job done. 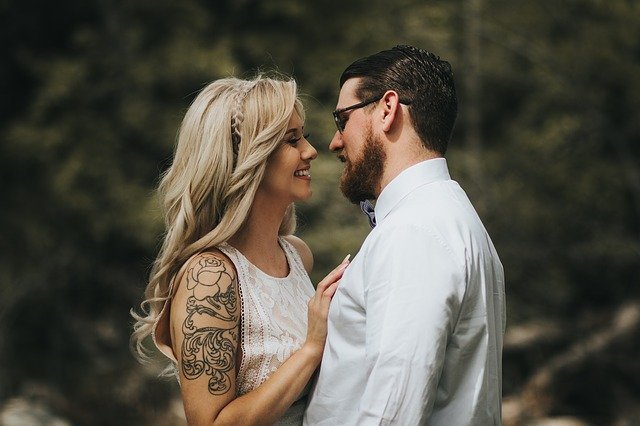 If you haven’t noticed, women often have very sensitive and delicate skin. Therefore, rough beards tend to scratch and irritate their skin.

So, in the end, most women appreciate and adore a soft beard. With a few simple tweaks to your grooming routine, you can have a beard that is soft as a cloud.

Overall, the quality that women find the most attractive in men is confidence. So, unapologetically do you.

If you do things just because you are trying to please other people, you will always attract the wrong kind of people in your life. So, if you want to have a beard, then have one. Or if you prefer to be clean shaven, then do that.

Doing what is against your desires will only make you insecure, and in the end, women won’t want to be around you.

In the end, some women like beards and some don’t. What really matters is, what do you like?

If you prefer to have a beard, do your best to keep it neat, soft, trimmed, clean, and smelling good. Then, you can be sure that when you attract a women who loves beards, she will want to be as close to you as possible.